Hoboken & Sons was created out of a genuine love and a sense of history for the city of Hoboken, NJ.  Many of the masses who have come to this storied haven on the Hudson to be close to The Big Apple do not know its long, spirited past.  The real Hoboken. The city that had grits and guts. The city that would grind you up and spit you out if you weren’t careful.  The city was filled with a steadfast working class from the 1950’s up until the 1980’s. They were determined. They had moxie. And they were tough.  If they didn’t work on the waterfront or the factories, they survived and thrived via running their unique businesses throughout the city. Destination places like restaurants, bars, nightclubs, Mom and Pop stores, and social clubs were the backbone of The Mile Square City. 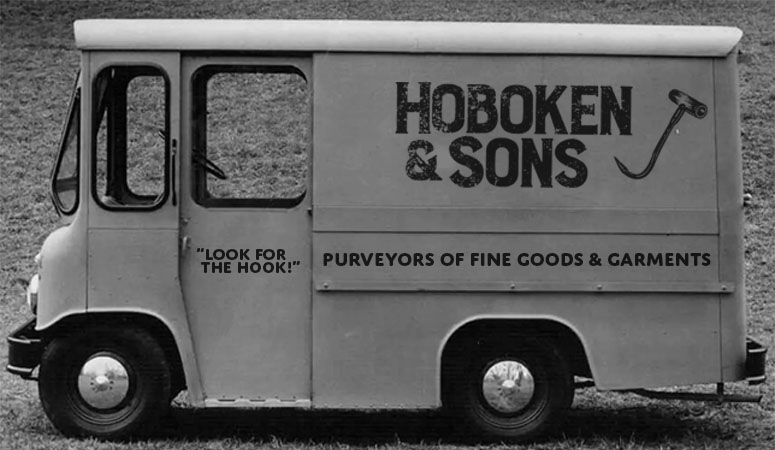 That’s where Hoboken & Sons comes in. We are here to preserve these very legendary businesses, landmarks, and characters of the past that laid the foundation and made Hoboken what it is. It’s our mission to expose Hoboken’s unequalled history and proudly preserve it.  Hoboken & Sons will be keeping those memories alive through our custom, limited edition garments and accessories. We are proud to represent the Hoboken of yesterday, today.

**Hoboken & Sons/ Daughters wants to give back to the community.  For the first six months we are open for business, starting September 1, 2020 and going until March 30, 2021, Hoboken & Sons/ Daughters will be donating 100% of our profits to the Hoboken Boys & Girls Club.  We feel strongly about helping this special community and the future generation of Hoboken, so it's out mission to give back to the city that has given so much to us.